I briefly talked about Scroogle in a previous blogpost, but it deserves its own post since it’s such a great tool! Scroogle was developed by Daniel Brandt and basically figures as a proxy for Google search. 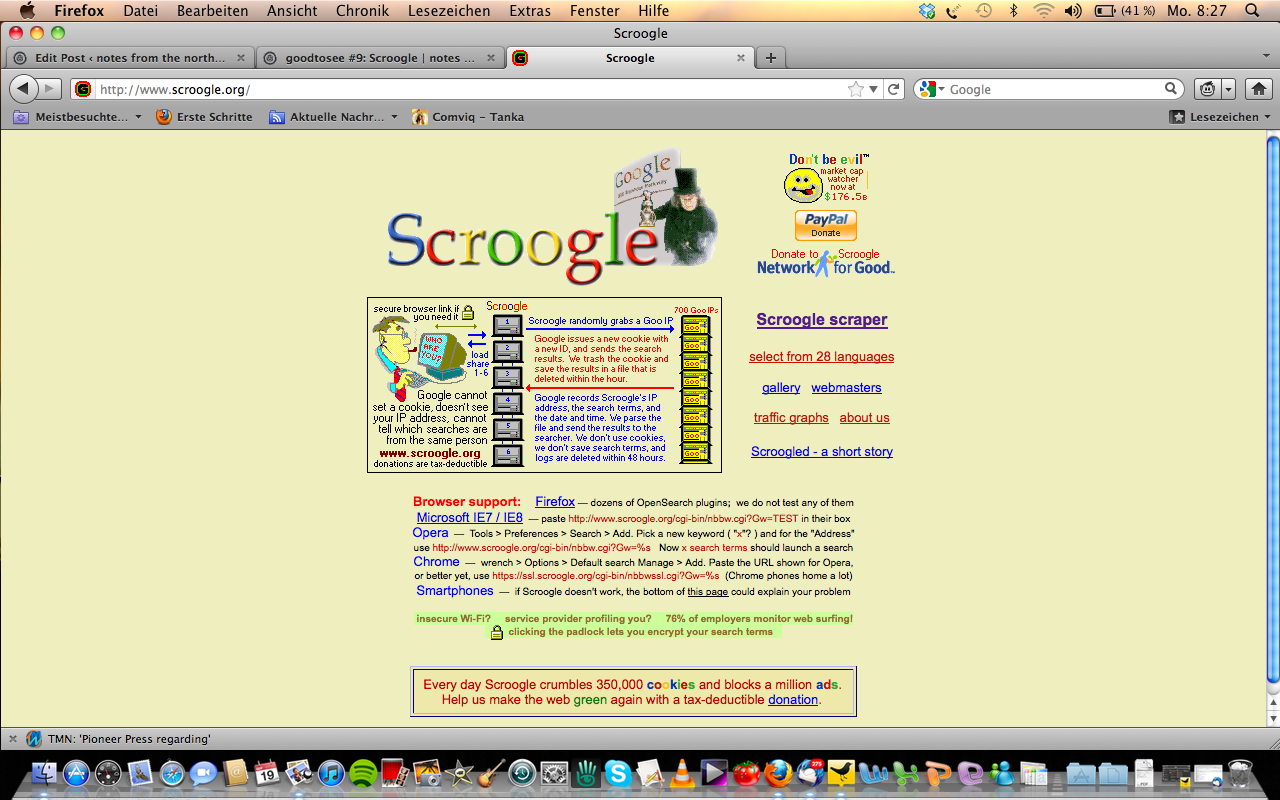 Using Google through Scroogle hence protects users’ privacy because it disables the logging and archiving of cookies and IP addresses, which capture users’ search activities. It allows users to enjoy the full search service without feeding user data into the search engine. Contrary to reconfiguring browsers, deleting cookies and other strategies of “digital self-defense”, which often trigger inconveniences, Scroogle maintains the full service (except from Google’s annoying ads). Accordingly, Scroogle may  be seen as exploiting Google. In my perception this is only fair since Google exploits us too by using our web content, linking strategies and, most importantly, our data to create profit. The so-called “user profiling”, the creation of “profiles” out of users’ search terms, search history and locations, is the basis for user-targeted advertising that made Google one of the most profitable companies on earth.*

Scroogle thus enables users to opt out of this economic exploitation scheme, while still providing the benefits of Google search. A clever move! Besides, Scroogle is entertaining too. Its homepage shows a new comic each time you reload the page. Most of the comics make fun of Google, and some of them are truly hilarious: 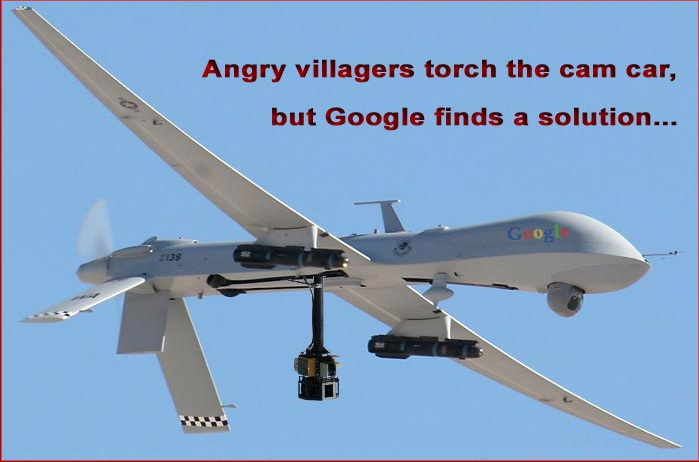 But check it out yourself, it’s worth risking a look! Another great tool is the Firefox Add-on „TrackMeNot“, which messes up user profiles by sending random search queries to the search engine.

* For an academic discussion on Google’s exploitation scheme within the broader context of capitalist society see, for example:

Fuchs, Christian (forthcoming) A Contribution to the Critique of the Political Economy of Google, Fast Capitalism, vol. 8, no. 1.