I highly enjoyed the OII conference in Oxford over the last couple of days! Even though I don’t have enough time to write a proper blogpost about the conference I’d like to share some of my personal highlights. First of all, I really enjoyed seeing Manuel Castells speaking live for the first time! Since I’m a big fan of his writings I was glad to see that he’s not only a thorough thinker, but also an excellent speaker (the two not always necessarily go together). He was talking as part of the anniversary plenary session, which further included Vint Cerf, Wendy Hall, Eli Noam, Andrew Graham – all of them gave a great speech about the last decade of Internet research and future perspectives and challenges.

Besides this distinguished panel there were more events worth metioning. My own panel “Ethics & Values”, for example, was well assembled. Particularly Vicki Nash’s talk “Dissenting Values at the Heart of the Internet” turned out to be really useful in terms of my future research. Also, I enjoyed the discussion that followed my talk, even though it was brief because I was the last speaker in the session, which was bad as usual.. 😉

Further, I liked the panel on “Virtual Knowledge” with Sally Wyatt, Paul Wouters, Smiljana Antonijevic and others from the Virtual Knowledge Studio, which triggered the question whether this conference could have happened 10 years ago or whether new media, Twitter in particular, fundamentally changed the way knowledge is created, shared and distributed. Also, Alberto Pepe’s talk “Identity Dilemmas on Facebook” was really clever and well done. He re-enacted Pirandello’s novel “One, no one and one hundred thousand” in the Facebook age. Finally, Laura De Nardis’ talk “Technologies of Dissent” made a huge impression on me. She gave an in-depth analysis of Internet governance as socio-political practice in a global (capitalist) age. After Aleks Krotoski’s comments an interesting discussion evolved around Internet governance and the role governments, but also – and even more importantly – corporate actors such as Google play therein. I ordered De Nardis’ book “Protocol Politics” immediately after the session. 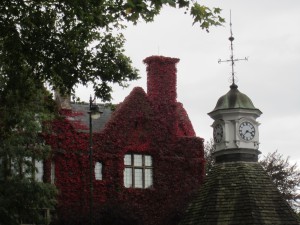 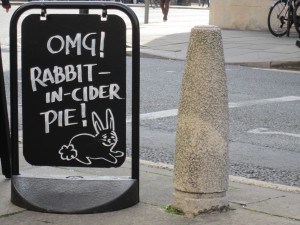 And then, last but not least, I perceived Oxford itself as a very enjoyable town. Thanks to Alberto Pepe, Jean-Christophe Platin, Juliette De Maeyer (sorry for having missed both of your presentations – shame on me!!) for their nice company, and Malte Ziewitz, who showed me his college at night.. pretty spooky! Thanks for that and see you in Hainburg soon!

For those of you who missed the conference: most of the papers are online here.

3 thoughts on “oii conference “a decade in internet time””