My project “Glocal Search. Search technology at the intersection of global capitalism and local socio-political cultures” is finished. YAY. The project was funded by the Anniversary Fund of the Austrian National Bank (OeNB, project number 14702) and carried out at the Institute of Technology Assessment (ITA). It started in March 2012 and ended in September 2015. Its main research question was to investigate how search technology is shaped and governed at the intersection of global and local dynamics. During the project I decided to take the reform of the EU data protection legislation as a case study. 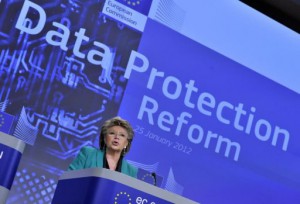 Due to large-scale political events, the NSA affair most importantly, the European Union started to get active, to try to unify its data protection legislation and to develop common data protection standards – why the empowerment rhetoric does not easily translate into political practice and where the problems lie turned out to be a central part of my analysis.

A short summary of the project can be found below. The final report can be downloaded here. A couple of publications related to the project can be found in the publication list. Two more publications are currently under review with Social Studies of Science and Science, Technology & Human Values. A follow-up project has been submitted to the Austrian Science Fund (FWF) and will hopefully be funded! This project would enable me to draw together and cross-analyze results from my past, present, and future work to develop “algorithmic imaginaries” driving the development and governance of search engines in global, European, and local contexts. This analysis is supposed to result in a habilitation and a peer-reviewed book. Given the current funding situation in Austria though I have to KEEP MY FINGERS CROSSED!!!

The search engine Google has a market share of more than 90 per cent in most European countries. It is developed in Silicon Valley and thus grows out of a very specific economic and innovative culture which has been coined ‘Californian Ideology’. This label stands for the combination of the free-wheeling spirit of the hippies and the entrepreneurial zeal of the yuppies. The result of this combination is a search engine which conquered large parts of the world because of its state-of-the-art search algorithm, but also because of its clever business model.

Google transforms personal data into user profiles which are used to display personalized advertising. These profiles are fed with data from different Google services – ranging from simple web searches to map services, or social media to ‘intelligent’ artefacts such as Google Glass. Especially since Snowden’s revelations, these business practices have been discussed critically. In Europe, Google is confronted with a number of accusations including the abuse of its quasi-monopoly, data protection violations and collaborations with secret services.

In view of these developments, the project ‘Glocal Search’ posed the following research questions: How are search engines imagined in Europe and how is Europe imagined in the context of search engines? What visions and values guide European search engine politics and how are they translated into political practice? How does the European imaginary play out in the Austrian context and how do national disparities contribute to the making and unmaking of Europe? What actors, interests, and strategies are central in negotiations of the EU data protection reform? And what role does Austria play in European search engine politics? To answer these questions, discourse analyses of European policy documents and Austrian media as well as 18 qualitative interviews with experts were conducted. Theoretically, concepts from critical Internet research, critical theory, and science and technology studies were used.

To theorize globally operating search engines and their relation to the information economy I extended my previous work on “algorithmic ideology” by drawing on concepts from critical theory. I argued that corporate search engines clearly contribute to materializing and fostering capitalist principles. Even though alternative search engines like DuckDuckGo aim at providing users with different styles of search, the capitalist ideology appears to be hegemonic since not all ideologies are equal in terms of exercising their power. With the globalization of search technologies, Google most importantly, not only technical tools, but also societal norms, values and ideas are globalized that are increasingly at odds with local visions and value-structures. To grasp tensions between globally operating technologies and local sociopolitical cultures I used the EU data protection reform as a case study and the concept of “sociotechnical imaginary” (Jasanoff and Kim 2009) to investigate how search engines and Europe are co-produced and what role Austria can play in European search engine politics.

The empirical analysis of EU policy documents clearly showed the emergence of a European search engine imaginary over the past years – a vision in which fundamental rights such as the right to privacy, data protection and informational self-determination represent key aspects of the European identity. At first, policy documents adopted the US-American rhetoric of internet technologies as driver of economic growth. In view of recent developments, however, they now increasingly describe Google and Co. as intruders in our privacy and as a threat to human rights. The data protection reform is being framed as a central tool to commit North American IT companies to protecting European visions and values.

A glance at the Austrian media enables us to see how fragile the European identity is when it comes to data protection. Following initial euphoria regarding the data protection reform, conflicts of interest soon came to the fore. The ‘battle’ (Falter 28/13) or ‘fight’ (Österreich 09/2012) is fought on multiple ‘fronts’ (Presse 10/2013). On the one hand, the media constructs a ‘divide’ (Presse 01/2011) between the USA and Europe – in this context Europe is described as consistently fundamental rights-friendly. On the other hand, the media discusses inner-European conflicts where practical negotiations of the data protection reform are concerned. Austria, as a data protection-friendly country, is being seen as differing from countries such as Ireland and Great Britain. The latter interpret a strong data protection law as a threat to their economic success. As a result, politics and the media deploy a rhetoric of empowerment when Europe addresses other countries (the USA). Nevertheless, this rhetoric disintegrates in a choir of very different voices and viewpoints when Europe is confronted with itself.

Interviews with experts finally showed that search engine policy has largely moved on from traditional policy-making. Search engine politics clearly mirrors the shift from government to governance, as it is described in the literature. The majority of interview partners describe particularly US-American lobby organizations, but also civil society groups as central actors in the negotiations of the data protection reform. They all employ different strategies to inscribe their interests in the general data protection regulation, but their resources and possibilities are distributed very unequally. Moreover, companies such as Google ‘actually set data protection standards’, as one interviewee put it. This shows that European search engine politics not only reflects geopolitical power relations, but also hegemonic forces that go far beyond Europe’s borders.