The media places conference at the HUMlab has come to an end. It was a highly inspiring three-day gathering of international scholars in the broad field of digital humanities. Besides researchers from the humanities and the social sciences, software developers, architects, advertisers, musicians, and a bunch of people from the digital media and gaming industry have been part of the tight program. The juxtaposition of all these different types of actors and their perspectives on the mutual shaping of media, technology and place made this event mind-blowing indeed. 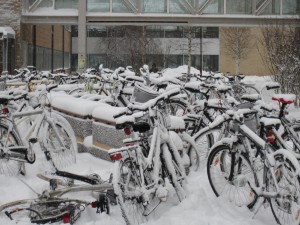 It enabled our minds to travel from the historic gardens of Versailles and smart homes from the 50s to future scenarios in architecture and spatial robots telling us when to water the plant. The opening talk of Chandra Mukerji reminded us of the fact that power and authority is not only exercised by social action, but also by materiality and architecture. Her detailed analysis of the gardens of Versailles and the beautiful fountains, statues and mazes provided a theoretical framework for the politics of place, which I found applicable to a lot of the talks that followed thereafter. Most impressively, probably, in Erica Robles‘ analysis of Californian Megachurches. The glassy facades and huge screens mediating the congregation to a global TV audience may be seen as a manifestation of authority (and capitalism).

While most of the talks, such as these two, might be neatly woven together, others pointed to contradictions and misunderstandings, most particularly between critical analysis and software developers. I found it most striking, for example, that Lynn Spigel‘s gender clichés embedded in historic advertisements of smart homes and TV may still be found in demonstration videos of the fascinating information systems and spatial robots Miles Kemp presented. Is the “future of the past”, as Lynn Spigel called it – the white nuclear family and the woman taking care of the kinds – still applying to the future of the present? Or is it rather time to create new societal visions along with new technological possibilities? 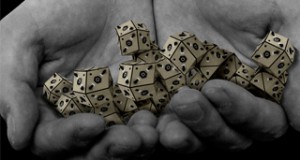 Since pretty much all the talks I’ve heard were highly inspiring I could go on forever here. To avoid that I would like to invite you to check out the program and speakers in detail on the conference website. There you can learn more about Molly Steenson‘s analysis of Cedric Price and his imaginations of information architecture, Zephyr Frank‘s network visualizations of the spread of diseases or the mobility of Rio de Janeiro’s slave population, Jesus de Francisco‘s advertising films and music videos from Motion Theory, Simon Lindgren‘s networks of file sharing and other social media communities, Jeffrey Sconce‘s reflections on schizophrenia and delusional media, Nicklas Nygren‘s fantastic video or rather “audio” games, Carter Emmart‘s simulations of the universe and much more. Not having been in an observatory for ages Carter Emmart’s tour from Mars to the Moon and back to the Earth was most impressive to me!! Thanks for that!

Last but not least I would like to refer to the talks of my HUMlab colleagues: Jim Barrett, Jenna Ng and Mats Deutschmann gave a wonderful presentation on second life as a media place for learning, symbolic representation and cinematic experience. Mike Frangos was talking about archiving and social media featuring Machfeld‘s M1+1 performances (I personally love to advertise ; ). And Lisa Swanstrom presented her really interesting book on new media places and environmental consciousness hinting at the blurring boundaries between nature and technology. Good luck with your book! We’ll miss you here Lisa! 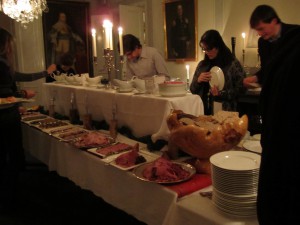 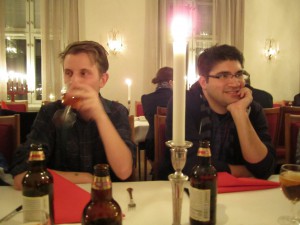 Last last, but not least: I would like to thank Patrik Svensson and Emma Ewadotter and all the helping hands from the HUMlab crowd for the wonderful conference, and the Julbord and Glögg party, of course

I would love to see more events mixing people with different backgrounds and creating a media place for fruitful thinking beyond disciplinary boundaries!!

Patrik’s reflections on the use of space during the conference and more interesting material on all that may also be found at the HUMlab blog.

2 thoughts on “media places: from the gardens of versailles to spatial robots”