Finally, our report of the project on the so-called AMS-algorithm is out!!! YAY!!! It was a lot of work, but it was definitely worth it! It is an in-depth sociotechnical analysis and deconstruction of the algorithm the Austrian public employment service (AMS) is planning to roll out all over Austria starting from January 2021. The algorithm poses several severe challenges on both the institutional level and the larger societal level, as we – Doris Allhutter, Florian Cech, Fabian Fischer and Gabriel Grill – argued in our report. We’d like to thank the Upper Austrian Chamber of Labor (AK OÖ) that financed our study and particularly Dennis Tamesberger for his support throught the process. Here you can download the full report.

The report triggered lots of media coverage, e.g. in APA Science or at orf.at. We also did some interviews, e.g. for the Austrian Academy of Sciences, Futurezone or the radio broadcast Ö1 (all in German). The final report is in German, but english publications will (hopefully) follow SOON! For now I’d like to point you to the english publications in New Frontiers in Big Data that we published a year ago (only based on publicly available materials back then, but still relevant in its argumentation):

The special issue I guest-edited together with Christian Katzenbach is going to be (finally) published in February 2021. I’d like to thank Steve Jones for his support throughout this rather long, but finally rewarding process. It’s a pity SAGE won’t publish an online first version of the articles, but well, they apparently agreed to do so for future New Media & Society special issues, which I’d highly appreciate!!! Thanks also to all our authors for their fine contributions and their patience! If you’d like to read our editorial “Future imaginaries in the making and governing of digital technology: Multiple, contested, commodified” I’d like to point you to our preprint version here. Let us know what you think about our interpretations and advancements of the concept “sociotechnial imaginaries” by Sheila Jasanoff and related analytical tools to capture, understand, and investigate future imaginaries in the making and governing of digital technology. It’s an ongoing debate we wanted to contribute to with this special issue and its excellent contributions.. 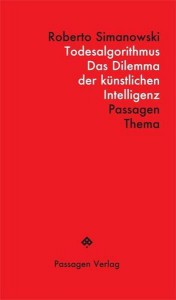